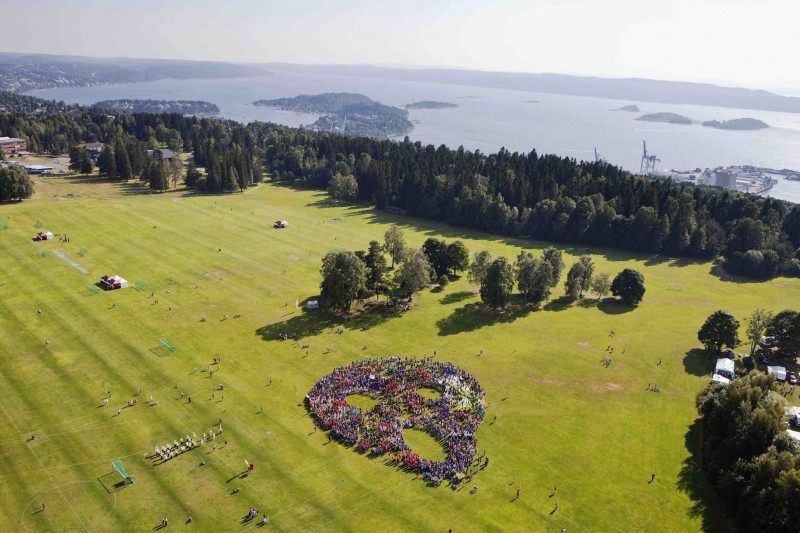 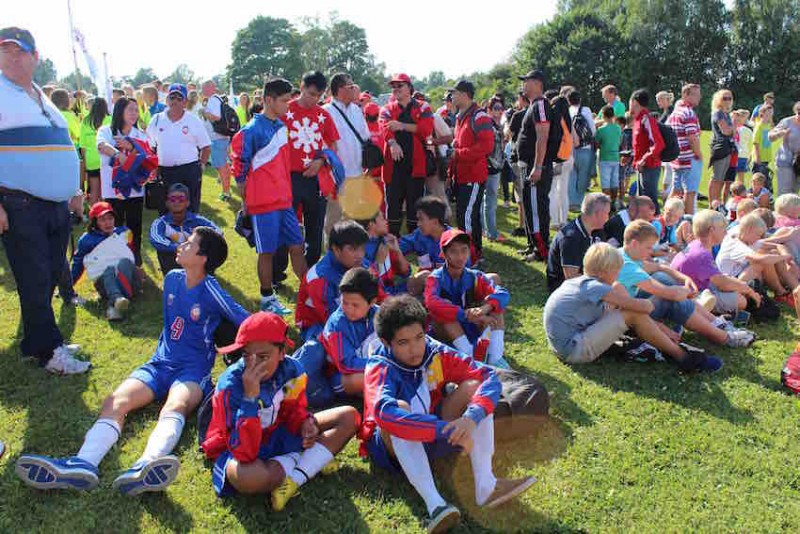 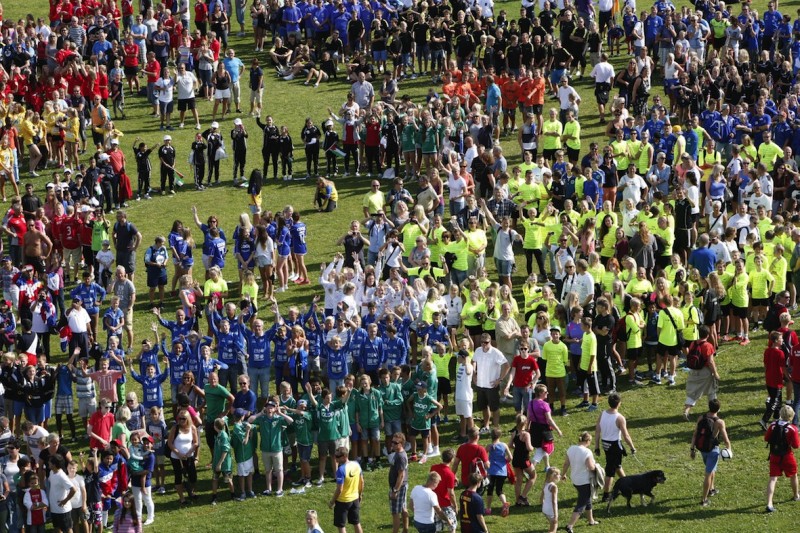 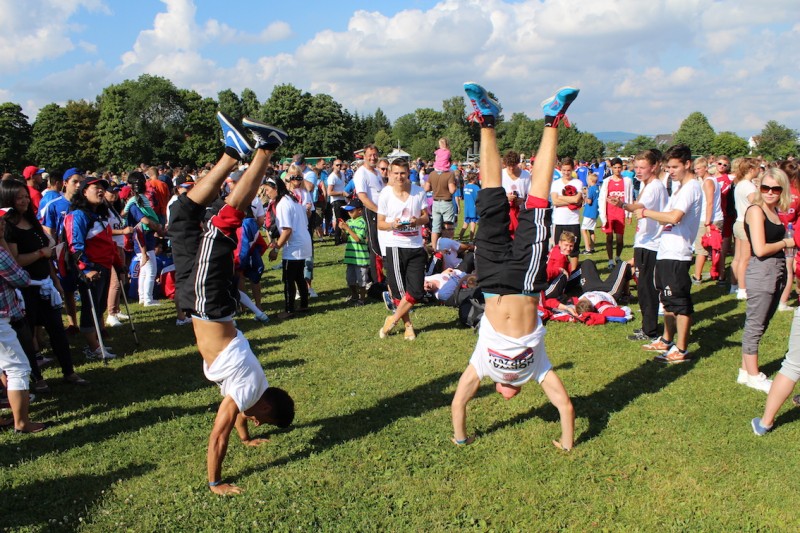 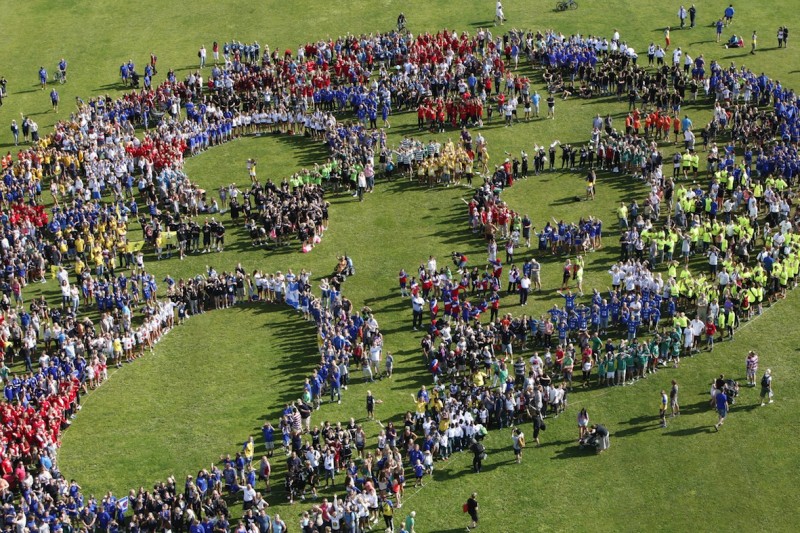 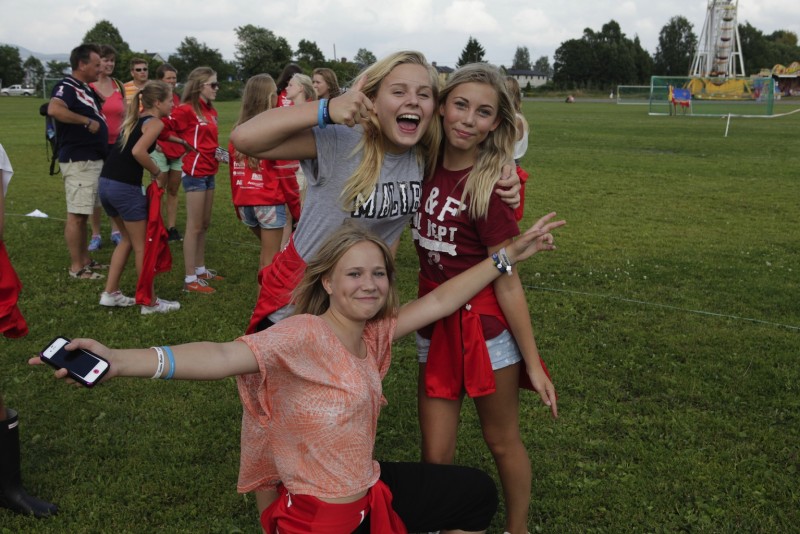 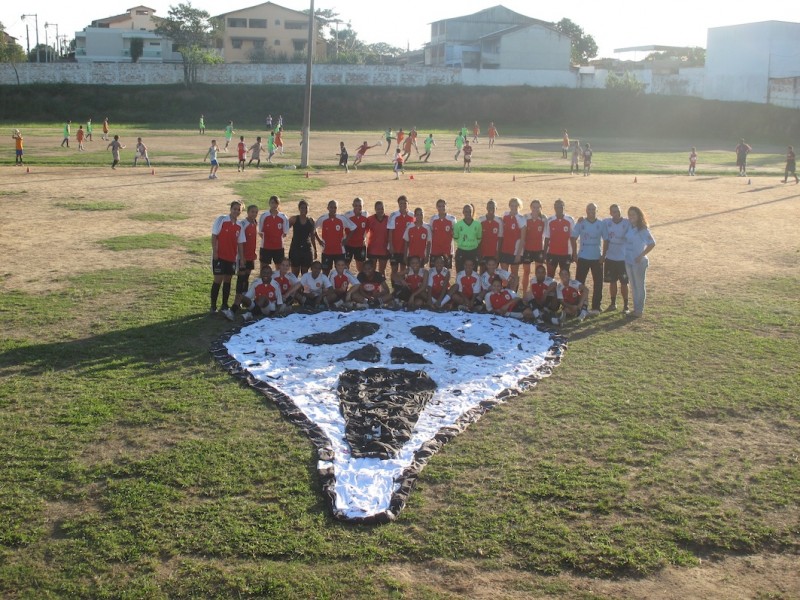 The 27th of July, during the opening of the world’s largest youth football tournament Norway Cup, some 4.000 youths from all over the World gathered in the shape of the Scream – as large as a football field.

Norway Cup is an international youth football tournament, established in 1972. It gathers more than 40.000 participants from more than 50 countries a year. Placed at Ekebergsletta, Oslo, Norway, the area is in the axis of Munch’s Scream – Ekeberg and the Oslofjord.

Measuring 70 x 50 meters, and with the sound of approximately 4.000 people actually screaming, the Scream from Nature carried through at Norway Cup was both large and loud!

General Secretary of Norway Cup, Frode Kyvåg, states: “Norway Cup has always been based on a value platform where the fight against racism and drugs has been important. The last years, the environmental issues have become an increasingly important part of our value platform. Therefore, we were happy to include the Scream from Nature project in this year’s football tournament.”

Munch150 is a celebration of Edvard Munchs’s work and significance. In 2013, a number of cultural events will take place during the year. Munch150 is a collaboration between The National Museum of Art, Architecture and Design, and the Munch Museum. The Scream from Nature is included in the official program of Munch150.

Project leader of Munch150, Elsebet Kjerschow, states: “Edvard Munch’s image The Scream is an iconic symbol of human anxiety on an individual level. The Scream from Nature project expresses anxiety about environmental challenges for the human race. Let the opening event of Norway Cup and all the various Scream interpretations be visual reminders for politicians, decision makers on environmental matters and for every one of us!”

The environmental challenges has been a concern for Norway Cup for many years. This is visualized through The Scream from Nature project. Before the tournament, the teams could have a little “warm up” session and make their own Screams from Nature. One example is shown here, from the Karanba team in Brazil.