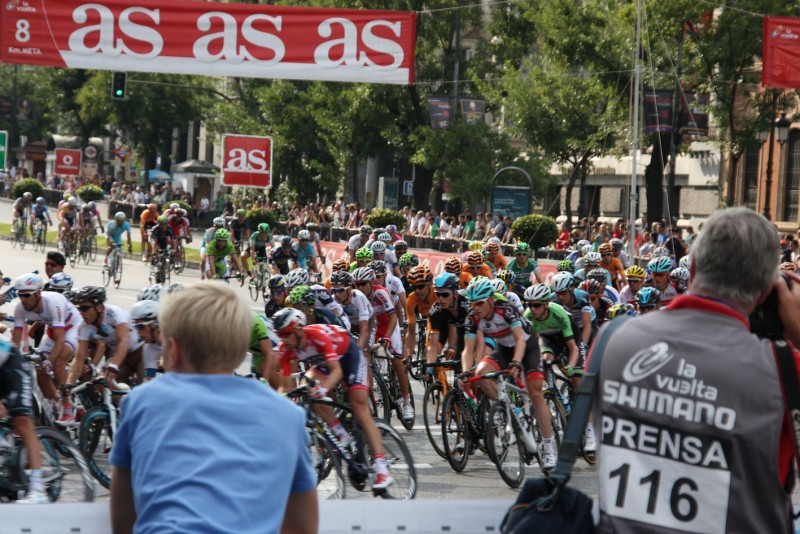 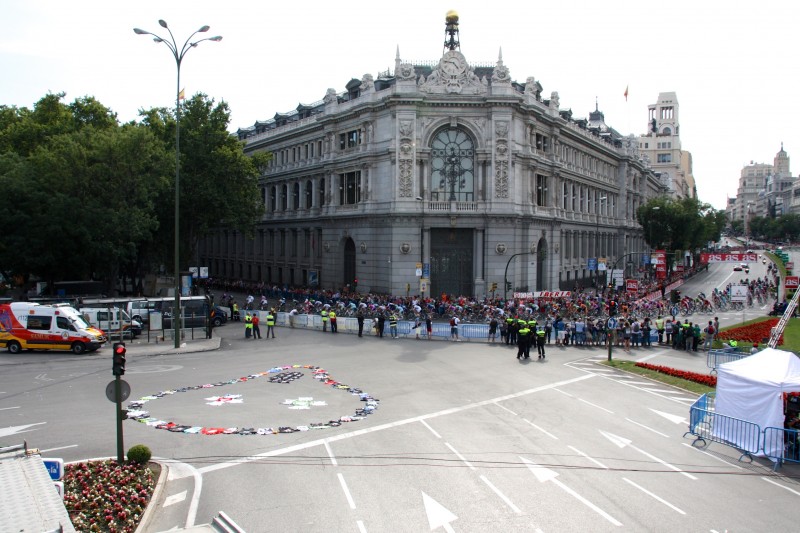 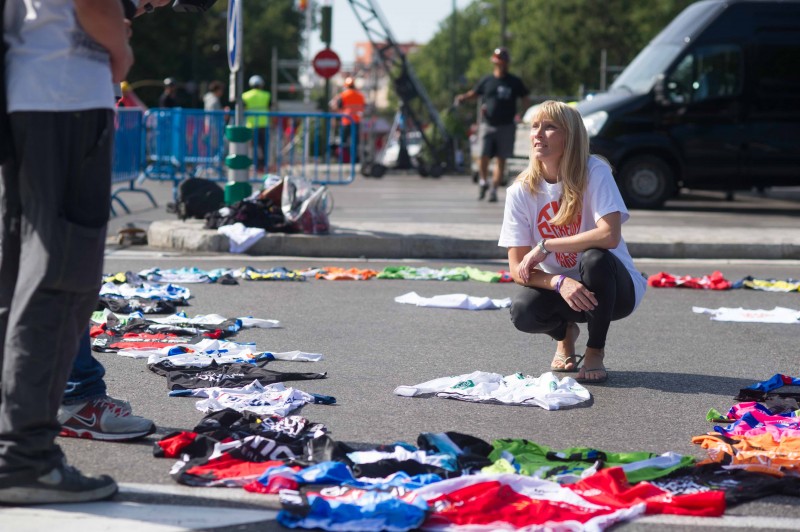 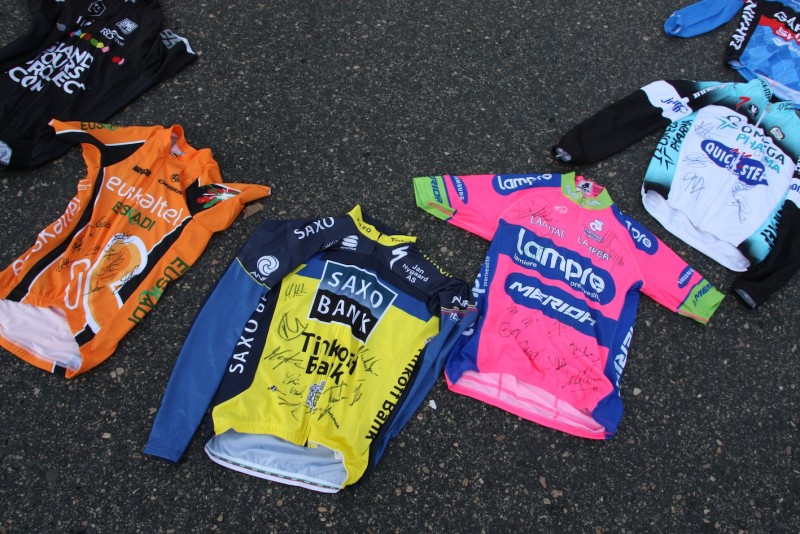 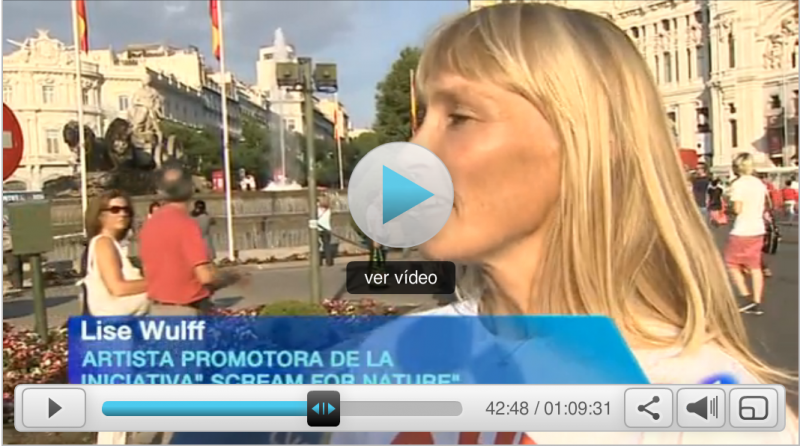 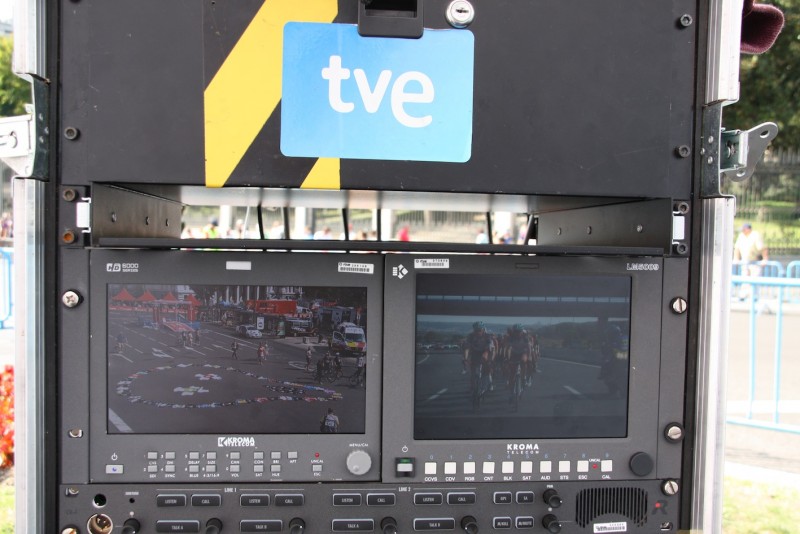 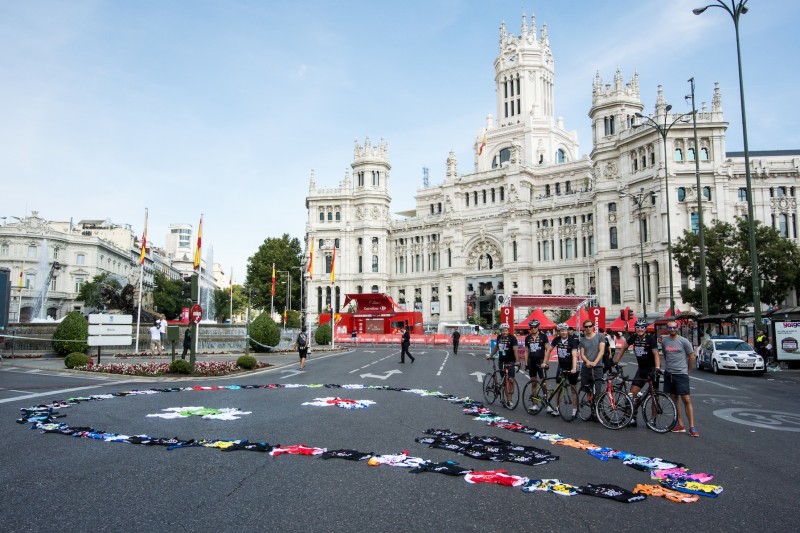 All the pro-teams of the Vuelta, ASO, the Grand Tours Project and Norwegian artist Lise Wulff took part in the global eco art campaign The Scream from Nature on the last days of La Vuelta a España.

Australian Keith Tuffley (48) is the first amateur to cycle all three Grand Tours in one season, solo. Through his Grand Tours Project, he did every stage and every kilometre of the Giro, the Tour and now the Vuelta, only hours before the professionals. He did this for his love of cycling, but also for his passion for the environment. The attention gained from this world-first-attempt has been used to raise awareness for environmental sustainability, with various initiatives along the way;

63 days on a bike and 63 environmental inspirations

As Keith Tuffley’s 63-day adventure was coming to an end, and as part of the 63 inspirations, a huge Scream-formation was created out of cycling jerseys on the three last days of the Vuelta. During the last stage in Madrid, the Scream from Nature was placed close to the finishing line, on Plaza de Cibeles. All teams gave jerseys signed by all the riders and ASO gave the red, polka dot, green and white jerseys.

The reason why the scream is a symbol, is because the famous artist Edvard Munch heard «a Scream in the Nature» which was his inspiration to paint this iconic painting. Now, over 100 years later, we hear another scream from the nature – increasing intensity of droughts and floods, unprecedented loss of biodiversity, and mass-extinction of animal and plant species. But we tend to ignore it. With this project the cycling-world are making an effort and want to inspire others to make their own Screams from Nature and share on Facebook and Instagram #thescreamfromnature.

Founded by Norwegian artist Lise Wulff, and developed in collaboration with amongst others the environment NGO Bellona, Pure CSR and Serbian artist Branislav Nikolic, The Scream from Nature is included in the official celebration of Edvard Munch’s 150 years anniversary; Munch 150, and the United Nations Environment Programme is a collaborating partner.

Cycling is the most environmental-friendly mode of transportation, and the bicycle is a perfect symbol for the environmental movement. The worldwide cycling community can play an important leadership role to inspire people to take care of our only planet. On the start of stage 19, the riders took part in making the Scream from Nature. As one of them stated: “Normally we compete, but we are in this together for the environment”.

PS: Keith heard the “scream from nature” for 63 days, through the snow-capped Dolomites, along the rocky coastline of Corsica, and through the deserted, rugged landscapes of Western Spain.